Viewing articles for the category Politics

Published by: Ken Meyer in Economics, Politics, Science 2 years ago

Please, stop judging people simply by what you see!

Published by: Ken Meyer in Politics 2 years, 6 months ago

For nearly the past century states have been referred to as the "laboratories of democracy", meaning states can independently pass laws that affect only their constituents and issues that may be unique to their circumstance. If a particular law proves to be strong and successful, other states and even the federal government may then, and often do, adopt similar laws to affect more states or, at the federal level, the entire country. It is one of the strengths of a federalist structure.

Published by: Ken Meyer in Education, Politics 2 years, 6 months ago

Measuring "academic growth" has been all the rage in recent years in education policy circles. Sounds like a good thing, right?  I wonder. Are the right tools being used? I also wonder?

Now, I don't claim to have particularly deep expertise in this arena, I am more of a policy generalist and observer who counts among his friends a number of deep thinking experts in various specialties and whose brains I occasionally pick, but that would be the extent of my "expertise" in education assessment policy from a statistical perspective. I do not come from an education background. I have a BS in Economics, which means I did have my share of upper level courses in math and statistics in college. I also have been privileged to be in some pretty interesting and unique positions professionally to watch the evolution of the data accountability model in education since the early nineties on a state/local level and then on the national stage, for the past almost thirty years.

Education in the US Since 1965, Perhaps It Is Time to Rethink the Federal Role

Published by: Ken Meyer in Education, Politics 3 years, 4 months ago

There was a time, way back in the day, when racial segregation in public education was commonplace across the country. "Separate but Equal" was the legal doctine upon which many, if not most, states addressed the issue.  As a society, thankfully we have come a long way since those days.

Published by: Ken Meyer in Politics, Travel 5 years, 2 months ago 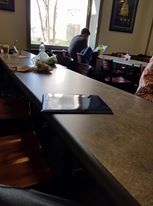 Published by: Ken Meyer in Politics, Travel 6 years, 7 months ago

Some things I just don't understand. Sitting in the Concierge lounge at the crystal city hilton (DC). I grab my plate of cheese and a glass of wine and sit down in a nice conversational area in front of a TV with cnn broadcasting. There is a black gentleman sitting across from me. Ben Carson and his wife are being interviewed at cnn. Very impressive regardless of his political leanings, etc. A classy couple. So, at the end of the interview, I look up and casually say the Carson's are an impressive couple. The guy across from me immediately retorts "no, they're not". How in the world can anyone, regardless of race or political persuasion not agree that Ben Carson and his wife are impressive people. I am not saying he should be President but damned impressive regardless. Partisan Political hacks are disgusting.