Please, stop judging people simply by what you see!

Published by: Ken Meyer in Politics 1 year, 3 months ago

For nearly the past century states have been referred to as the "laboratories of democracy", meaning states can independently pass laws that affect only their constituents and issues that may be unique to their circumstance. If a particular law proves to be strong and successful, other states and even the federal government may then, and often do, adopt similar laws to affect more states or, at the federal level, the entire country. It is one of the strengths of a federalist structure.

Published by: Ken Meyer in Education, Politics 1 year, 4 months ago

Measuring "academic growth" has been all the rage in recent years in education policy circles. Sounds like a good thing, right?  I wonder. Are the right tools being used? I also wonder?

Now, I don't claim to have particularly deep expertise in this arena, I am more of a policy generalist and observer who counts among his friends a number of deep thinking experts in various specialties and whose brains I occasionally pick, but that would be the extent of my "expertise" in education assessment policy from a statistical perspective. I do not come from an education background. I have a BS in Economics, which means I did have my share of upper level courses in math and statistics in college. I also have been privileged to be in some pretty interesting and unique positions professionally to watch the evolution of the data accountability model in education since the early nineties on a state/local level and then on the national stage, for the past almost thirty years.

From a Friend on a Recent Cross Country Flight

Published by: Ken Meyer in Travel 1 year, 4 months ago

This was posted in real time on a Facebook by a friend on a cross country trip.

Summer Seersucker in the Sky

Published by: Ken Meyer in Travel 1 year, 6 months ago 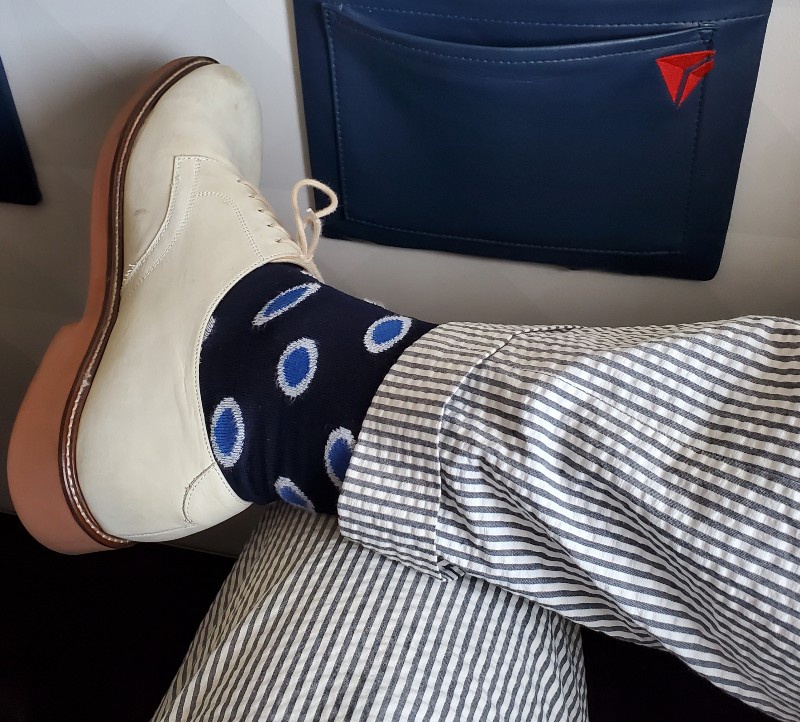 Double Take in the Skyclub

Arriving at LaGuardia Airport a bit early, I headed to the Delta Skyclub to relax for a few minutes before my flight.

Double Take in the Skyclub

Published by: Ken Meyer in Travel 1 year, 9 months ago

Arriving at LaGuardia Airport a bit early, I headed to the Delta Skyclub to relax for a few minutes before my flight.

Overheard on a Recent Delta Flight

Published by: Ken Meyer in Travel 2 years ago

On a morning flight, sitting in the seat just in front, a thirty something young lady with a toddler.